BC Birding in Summer 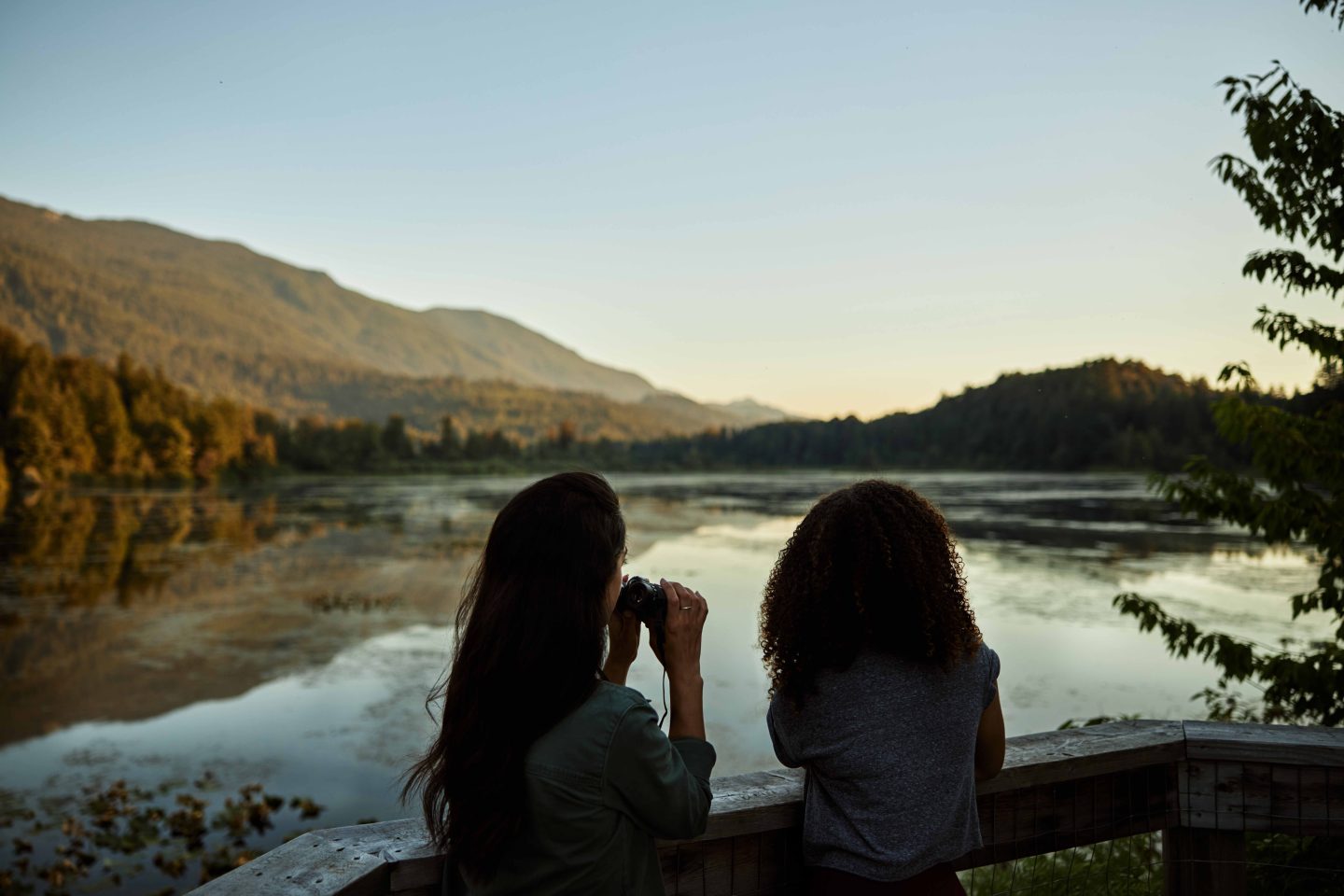 Many of us are excited to get outside and enjoy BC’s super, natural landscapes this summer, but did you know it’s also a great time to explore the world of birdwatching? For avid birders, fall and spring are typically the most active seasons, but there is still a lot of great birding to enjoy during the summer months. Let’s explore why it’s worth going summer birding in BC.

Why Go Birding in the Summer?

If you’re already wanting to spend a lot of time outside this summer enjoying the weather, exploring parks, or going camping, you’re already halfway started on a birding adventure! That’s one of the best parts of birdwatching; you can do it nearly anywhere, at any time. It can easily become a part of any outdoor activity you have planned—all you have to do is keep your eyes and ears open.

The extended daylight hours of the summer also mean more time that can be spent birding. Forests, marshes, shorelines, and even the sky can come alive with birds in the summer.

There are also birds you’re more likely to see while birding during the summer in BC than other times of the year, such as many of our raptor species.

Summer Birding in BC Tips

With the “golden hour” of sunrise happening earlier than you might ever want to head out birding, a nice consolation is that the summer weather can make for some “easier” photos.

For example, more light means you’ll be able to use a faster shutter speed to capture action. Keep an eye out for birds hunting for food or interacting with each other and try to use that extra light to freeze the movement. Also, capturing birds in flight, which is notoriously difficult in photography, can often be easier to try on bright, sunny days.

Summer Birds You May See

While mostly known for being migration season (spring/fall) birds, lots of exciting and colourful warblers can be seen throughout the BC Bird Trail in the summer. This includes Common Yellowthroats and Yellow, Townsend’s, Orange-crowned, and Yellow-rumped warblers.

Rufous Hummingbirds are feisty migratory hummingbirds that breed throughout much of BC and even up into the Yukon and Alaska. During the winter they fly way down to Mexico. You’ll see them buzzing around flowers and feeders, squabbling loudly with our resident Anna’s Hummingbirds as they battle for food and territory.

Are you up for the flycatcher challenge? These tiny birds come in various species that can be found in the summer months in BC, but the trick is they all look incredibly similar! Make sure you’re equipped with a good field book, or better yet, do some research ahead of time and listen to their calls and songs which can help in identifying them from each other. Good luck!

The Columbia Valley Bird Trail, like many areas in BC, is a great place for spotting raptors. Eager Hill Lookout in Cranbook is perfect for watching raptors circling high above on the hot air thermals. Near the end of summer, watch for larger ‘kettles’ of raptors such as Turkey Vultures who are preparing to migrate back south.

Invermere’s James Chabot Provincial Park and the nearby Lake Winderemere will be busy with people in the summer, but they both offer good opportunities to see several species of swallows darting over the water. If you’re hoping to stay out of the sun while birding in the region, head to the forests of Lower Bugaboo Falls, just north of Radium. Watch for passerines (perching birds) like flycatchers or warblers. There will also likely be a couple of different woodpecker species among the trees. Another option for keeping cool while birding in the summer is heading up to the mountains, like Kootenay National Park. The brave little Canada Jays are common to see at these higher elevations, but watch your food as they are known to be quite opportunistic!

The many estuaries on the Central Vancouver Island Bird Trail are active spots for summer birding in BC. They’re often a bit cooler because they’re near the water, and they are hotspots for shorebirds. The Nanaimo River Estuary and the Englishman River Estuary up in Parksville Qualicum Beach are good areas to check out.

Summer is also a great time to take the family to see birds up close. The Raptors in Duncan and the North Island Wildlife Recovery Centre (NIWRA) in Errington both offer many different experiences for learning about local raptors. Check out their websites in advance to see what summer programs and activities are on during extended hours.

Boundary Bay along the South Fraser Bird Trail comes alive in the summer with thousands of migrating shorebirds, especially sandpipers. Access points range from Blackie Spit in Surrey to Boundary Bay Regional Park in Tsawwassen. There are also plenty of access points along the Dyke Trail, which stretches over 16km between Tsawwassen and Mud Bay Park.

Richmond has another great dyke trail by the water: the West Dyke. This trail stretches from Terra Nova Rural Park south to Garry Point Park, nearby the seaside village of Steveston. Watch for Northern Harriers surveying and hovering as they look for prey in the reeds and fields along the trail.

Abbotsford’s Fishtrap Creek Park on the Fraser Valley Bird Trail can be a reprieve from the heat with trails that take you through the shade of towering trees. Watch for warblers in this area and head by the water to see how many swallow species you can spot flying around! Barn, Tree, and Violet-green are the most common swallows in many areas of BC, with Bank, Rough-winged, and others making appearances less frequently.

After visiting the sandy beaches of Harrison Lake, you can head into the forest along the Harrison River at Lhá:lt/Harrison-Chehalis Wildlife Management Area. Or maybe get out onto the water with Harrison Eco Tours for a different perspective. Watch for Osprey and Bald Eagles perched atop docks and any other tall pillars they can find.

If you’re new to birdwatching and are curious about how to approach it, check out our Responsible Birding blog post to learn all about how to navigate nature and be mindful of the well-being of the birds we venture out to see. 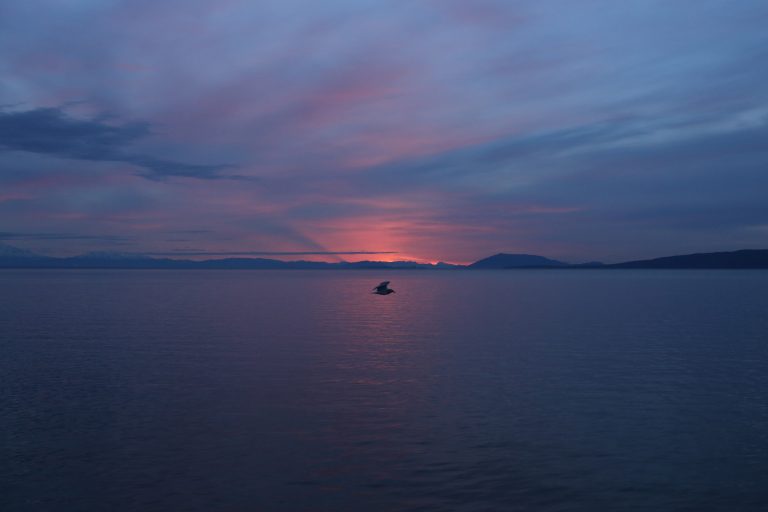 Chances are if you’re traveling around BC this summer, you’re… 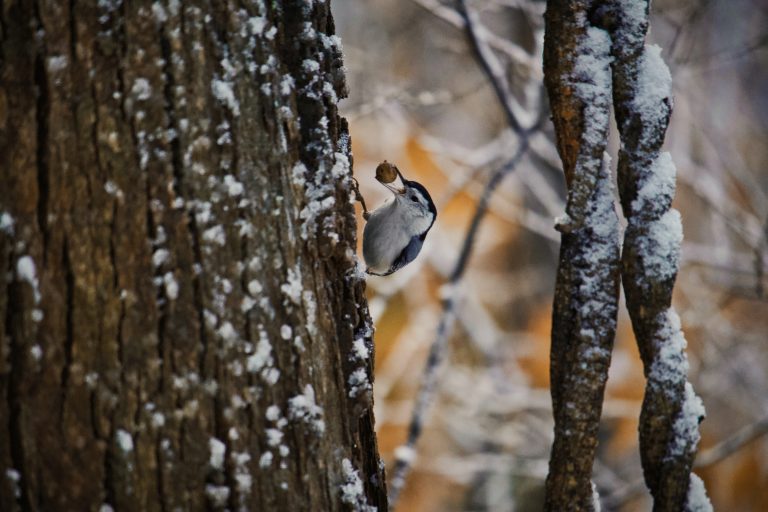 The holiday season is fast approaching and, perhaps like us,…

While Valentine’s Day is known as a day to show…