BC Birding in Spring 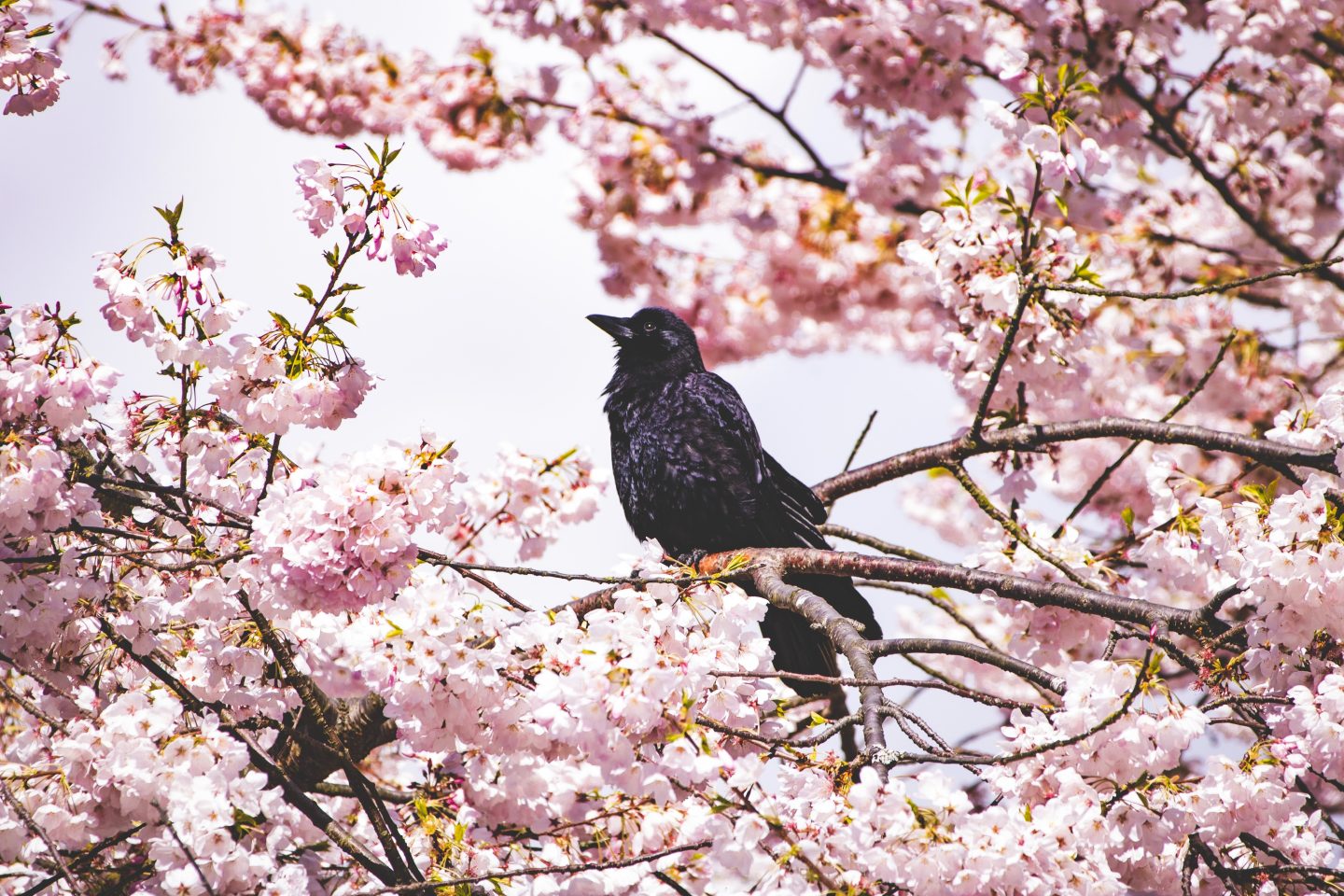 As grey skies start to clear and the weather gets warmer, it means springtime in British Columbia is right around the corner, and with it comes a huge increase in bird activity. If you’ve been waiting to get into bird watching, this is the season to start!

Why Go Birding in Spring?

One huge advantage about spring is that the warmer weather means less adverse birding conditions. If you struggled to get out birding during the winter because of the dreary, cold, and wet weather, spring is an enthusiastically welcomed shift. Also, the springtime change means that peak birding hours of dusk and dawn aren’t as difficult to catch as they are in summer and the weather is much better than winter’s dawn and dusk. It’s the best of both worlds.

The key excitement that spring brings for birders is that it’s migration season. Thousands and thousands of birds move to and from their nesting and wintering habitats during spring, often stopping over in their favourite places all across BC. It’s a great time to catch less common birds, too. Migration time means that the rarer birds have more chances to end up in unexpected places on the BC Bird Trail. Keep an eye on the BC Rare Bird Alert blog for rare bird sightings in your area!

We know the weather in spring is generally much better than winter, but that doesn’t mean you shouldn’t prepare. BC weather can be fickle. It’s always best to keep an extra jacket or set of clothing, just in case it gets a bit cool or windy, or you get caught in a spot of rain and need to change.

A general rule of thumb for longer days out bird watching is to dress in layers. Getting an early start might have it feeling like cold winter weather, but it could end up being hot like a summer day by the time you’re off the trails! And one extra tip if you’re out taking photos: an inexpensive rain cover stashed in your bag can be a life (or at least camera) saver if the spring weather turns.

Where to Go and What You May See

Shorebirds like Western and Least Sandpipers, Dunlin, Greater and Lesser Yellowlegs, Short- and Long-billed Dowitchers, and Black-bellied Plovers can be seen along the water’s edge. If you have good vantage points of the ocean, keep an eye out for Common or Caspian Terns along this trail. Resident Northern Harriers can often be seen doing laps above the farm fields, then hovering in place before diving for a catch.

The estuaries and marshes on the Central Vancouver Island Bird Trail are also hot spots for migratory birds in spring and come to life with songbirds, shorebirds, and raptors. Somenos Marsh, Chemainus River Estuary, Nanaimo River Estuary, Buttertubs Marsh, and Englishman River Estuary are all great spots for birding.

From February to April, be sure to catch the Brant Geese while they stopover during their migration to fuel up on the coinciding Pacific herring spawn. This abundant food source attracts tens of thousands of water birds and marine mammals making it an exciting time to be out on the coastal trails.

From late February to early March, Great Blue Herons return to their nesting grounds along the Fraser Valley Bird Trail and remain until late July.⁠ One particular nesting site that offers amazing views of the birds is at the Great Blue Heron Nature Reserve, home to one of the largest heron nesting colonies in the Lower Mainland. Bald Eagles also start to build their nests around this time, with offspring hatching throughout April, especially common in the Lhá:lt/Harrison-Chehalis Wildlife Management Area and parks in the Harrison area.

The Red Crossbill, found in coniferous forests of the Fraser Valley area, is a fascinating bird to see with its unique, overlapping beak. At a river or stream’s edge, you might catch the impressive sight of a small, round American Dipper swimming through the rushing water to catch its tiny meals. Sumas Mountain Regional Park and Willband Creek Park on the Sumas Flats are both great spots to see birds as their mixture of marsh, grassy field, and treed areas gives lots of room for a variety of birds.

Across all the BC Bird Trails, songbirds come out in abundance in spring.  Warblers such as Yellow, Orange-crowned, MacGillivray’s, Yellow-rumped, Black-throated Gray, Townsend’s, Wilson’s, and Common Yellowthroats can be found. Swallows can also be seen zipping around in the skies, especially Tree, Violet-green, and Barn, with some Cliff, Bank, Northern Rough-winged, and Purple Martins as well. Feisty Rufous Hummingbirds also come back in the spring, making for crowded feeders with the resident Anna’s who often stay throughout the winter.

Blue-winged and Cinnamon Teals make appearances on calm bodies of water from marshes to small lakes. Colourful delights such as Western Tanagers and Black-headed Grosbeaks are exciting to see. Ospreys and Turkey Vultures start to return – catch them soaring over the sky or perched high up in trees. And as spring comes to an end and gets closer to summer, Flycatchers arrive, but good luck identifying these tricky species!

Spring is really bustling on the BC Bird Trail. Make use of our self guided itineraries to plan out your birding trips by picking out where to grab snacks, supplies, and pick the trails and birding spots you want to explore. Happy birding! 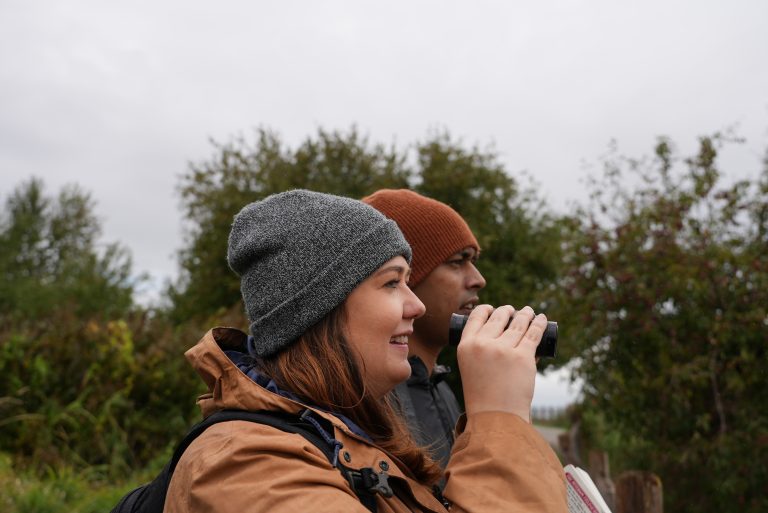 It’s a new year and that means a fresh Big… 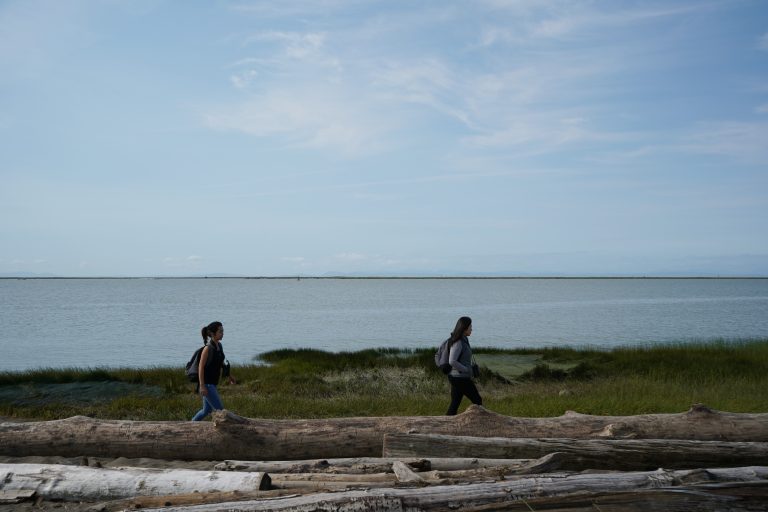 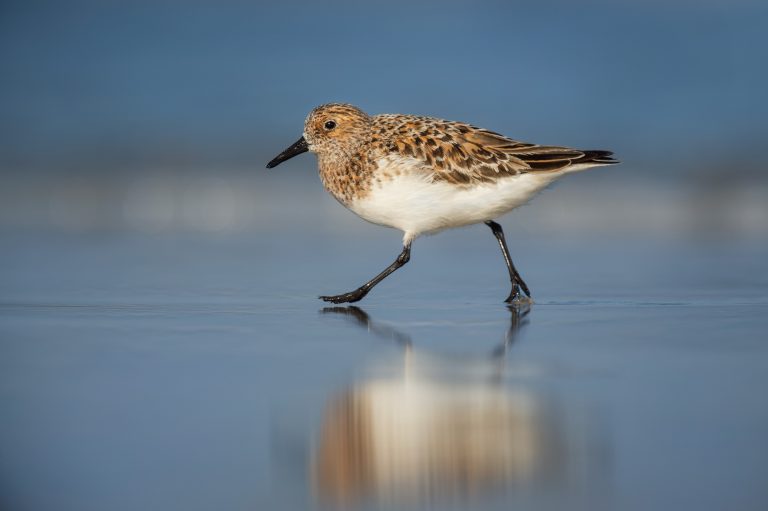 Birds are pretty amazing, but there are few feats more…